Chlad had crash in the second race 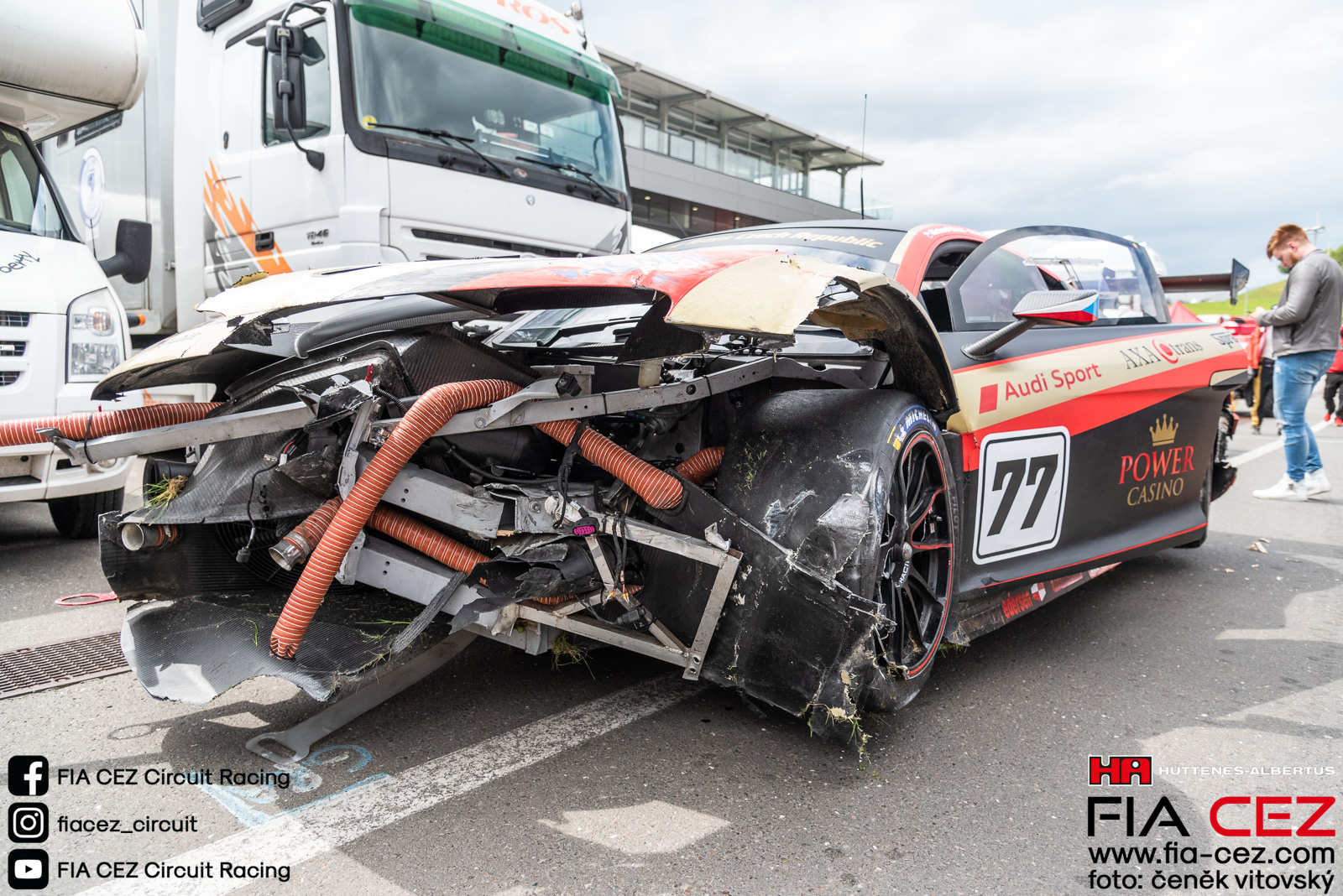 April weather was repeated on Sunday. Before the start of the race was raining lightly.

Before the cars hit the grid, the clouds backed off and the race started in good weather.

Bronislav Formánek gave up the race after broken half axle.

Bad luck was Richar Chlad jun, who was skidded through a jammed brake disc in the last corner of the circuit and leaned his car against crash barriers.

D5 was won by Petr Lisa from JV Sport Racing and Gerald Heigis with Adess 03 LMP3.